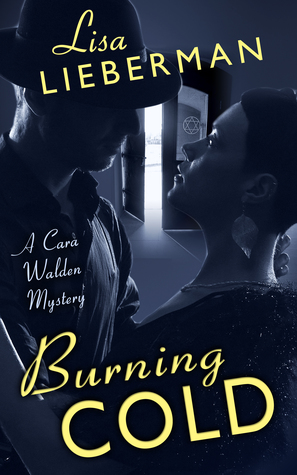 Budapest: 1956. Newlywed Cara Walden’s brother Zoltán has disappeared in the middle of the Hungarian revolution, harboring a deadly wartime secret. Will Cara or the Soviets find him first?

Cutting short her honeymoon in Paris to rescue a sibling she’s never met was not Cara’s idea, but her husband Jakub has a reckless streak, and she is too much in love to question his judgment. Together with her older brother Gray, they venture behind the Iron Curtain, seeking clues to Zoltán’s whereabouts among his circle of fellow dissidents, all victims of the recently overthrown Communist regime. One of them betrayed him, and Cara realizes that the investigation has put every person they’ve met at risk. Inadvertently, they’ve also unmasked a Russian spy, who is now tailing them in the hope that they will lead him to Zoltán.

The noir film of Graham Greene’s The Third Man inspires Lisa Lieberman’s historical thriller. Burning Cold features a compelling female protagonist who comes to know her own strength in the course of her adventures.

I’m reading a set of novels by Margaret Millar, part of the Soho Syndicate re-edition of Millar’s collected works. Recognized by Mystery Writers of America as a Grand Master, praised by a diverse range of mystery writers, from Agatha Christie (“Very original”) to H. R. F. Keating (“No woman in twentieth-century American mystery writing is more important than Margaret Millar”), Millar was very popular in the 1950s but had fallen off the radar by the 1970s.

I was in high school then and discovered her by accident in our town’s public library. I’d worked my way through Agatha Christie’s entire opus by the time I was thirteen and moved onto the hard stuff, beginning with the classics: Dashiell Hammett, Raymond Chandler, James M. Cain. I liked the movies made from their books, The Thin Man, The Maltese Falcon, The Big Sleep, Double Indemnity. But, let’s face it, those guys didn’t have much use for women and I didn’t find their world congenial, however much I appreciated their writing.

But there were Millar’s books, nestled up against theirs, and her female characters were so compelling. Not femme fatales, but not innocents, either. They were intelligent, observant, they had a sense of humor, but not the wise-cracking type (much as I enjoyed the repartee of Nick and Nora Charles . . .) Some were married, rarely happily. Some were divorced. Some were single women trying to find their place in the world, falling in love with the wrong man, with a married man, but that didn’t make them home wreckers like Elizabeth Taylor in BUtterfield 8.

In fact, Millar’s heroines had more in common with the characters in noir films based on novels written by women. Daphne du Maurier’s Rebecca or Vera Caspary’s Laura: truly chilling mysteries that depended more on psychology than on detective work for their resolution. They weren’t just puzzles to solve; they weren’t so much about crime, really, as about longing and frustration. They made you think differently about life.

I write noir stories from a woman’s perspective that don’t conform to the conventions established by the hardboiled male writers. It’s not all mean streets and cynical loners and double-crossing dames. Rediscovering Margaret Millar, I appreciate how she marked me, as a mystery writer, emboldening me to create a vulnerable heroine who comes to know her own strength in the course of her travels. 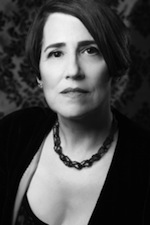 Lisa Lieberman is the author of the Cara Walden series of historical mysteries featuring blacklisted Hollywood people in exotic European locales. All the Wrong Places and Burning Cold are available from Passport Press in print and e-book.

Trained as a modern European cultural and intellectual historian, Lieberman abandoned a perfectly respectable academic career for the life of a vicarious adventurer through dangerous times and places. She has written extensively on postwar Europe and is the founder of the classic movie blog Deathless Prose. She now directs a nonprofit foundation dedicated to redressing racial and economic inequity in public elementary and secondary schools. She is a member of Sisters in Crime and Mystery Writers of America.

After dragging their three children all over Europe while they were growing up, Lisa and her husband are happily settled in Amherst, Massachusetts.