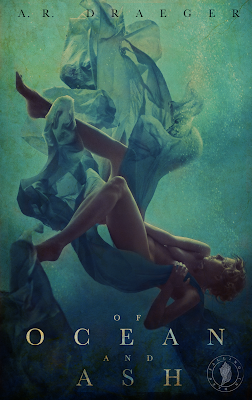 Today, I’m happy to share my review of Of Ocean and Ash by A.R. Draeger. Be sure to read to the end of the post for a chance to win a Kindle Fire HD! While I did enjoy the book and it was an easy read, there were a few weak areas.

Of Ocean…
Cast into the sea at birth, human-born Ia found her adoptive family among the merfolk. While her underwater upbringing was peaceful, Ia’s blood-heritage and the strict societal rules of the merpeople lead her to wonder of the world above the waves.

And Ash…
When a storm lands Ia ashore, she discovers her body has transformed into the human she would have been. Taken in as property by a callous plantation owner, Ia works alongside the slaves until she can make her way back to the water. There is nothing Ia wants more than to go home, that is, until she meets a handsome, troubled man named Matthias, who has a touch that can be as kind as his tongue is harsh.

Torn between two very different lives, Ia must choose – stay in his world and risk her life for a love untested, or return to the familiar arms of the underwater world that raised her and risk losing what may be the greatest love she will ever know.

Will Ia’s choice lead to happiness or her destruction? 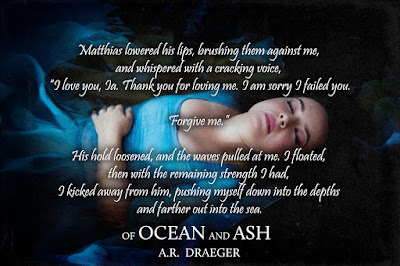 First of all, I really want to applaud Quirky Bird for the beautiful cover they designed. The cover is very well-done and was a big influence on my decision to agree to read this book.

Just so readers are aware, this a novella, not a full-length novel. I read it in about a day. It is very fast-paced, which is good and bad. I was able to easily read the story, but I think there was a lot of room for development of the Mer-world. The fact that the mer-people largely subsist on humans was very interesting, but the implications of eating humans was not really explored – especially by the protagonist Ia. I mean, she is pretty much a cannibal. She knows she was born human, why does it not bother her that she eats other humans? Also, the Mer-world seems to be female-centric, with Queens or High Mothers as the supreme rulers and female Callers doing the hunting to provide food. However,  it is not a matriarchy. Men still hold power over females and are prized for their physical abilities. I found this to be an extremely odd set up and had the Mer-world been a true matriarchy, it would have provided an interesting contrast with the human world.

I also took some issue with the title and phrase “ocean and ash,”  which is repeated throughout the book. The “ocean” link is pretty obvious, but why “ash?” There is a fire, but (I can’t say much without spoilers) not enough to implicate they are two halves of the same coin. “Ocean and Sand” or “Ocean and Land” would have been more appropriate, but I think the author must have fallen in love with the sound of “ocean and ash” and wanted to use it (I admit it does sound nice) even if it didn’t exactly fit the story.

Mermaid fiction has picked up in popularity over the last couple of years, but this is the first one I read. I found it entertaining enough that I will probably seek out more, but I would have liked more world-building here.

Click here to see all the stops on the Of Ocean and Ash Review Tour! 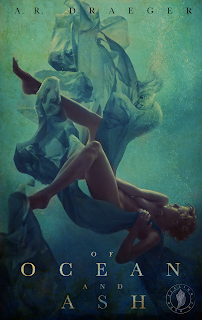 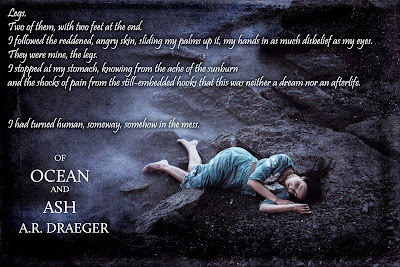 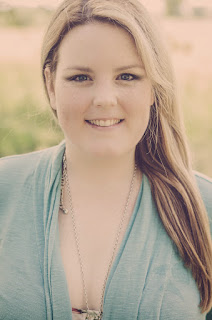 A.R. (Amber) Draeger resides in rural Texas with her husband, Josh, and son, Logan. When not writing or reading, she is watching reality TV shows or tromping through the nearby woods. 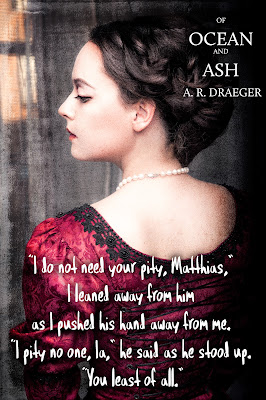 You can check out all our blog tour promotions here!