Tarnished Legacy:
Soul Dance
Book 2
Ann Gimpel
Narrated by Gregory Salinas
Length: 8 hrs and 16 mins
Series: Soul Dance, Book 2
Unabridged Audiobook
Release Date: 06-26-17
Publisher: Ann Gimpel Books, LLC
Tarnished Beginnings
Egypt is a haven for magic-wielders of all kinds. Vampires hold court, staying one step ahead of the priests who want them dead. Gypsy caravans roam the Nile, plying their wares.
Tairin Jabari was born in a caravan and has always believed she’s Romani. Why wouldn’t she? Her mother and father never suggested otherwise. The Rom have harsh rules. When Tairin’s first shift catches her unaware at 13, her father disappears, and the elders move with deadly speed to punish her mother for mating outside the blood.
Hurt, lost, confused, and fearing for her own life, Tairin runs away, leaving her mother’s smoking funeral pyre behind. With her survival on the line every single day, she and her wolf face hard choices.
Tarnished Legacy
Half Romani, Tairin’s no stranger to hiding her mixed blood from gypsy caravans. What she can’t hide is her perpetual youth, courtesy of her shifter heritage. She’s overstayed her welcome where she is, but Germany is at war, and travel has become impossible for everyone targeted by the Reich.
Elliott’s clairvoyance is strong. Seer for all the caravans in Germany, he catches Tairin eavesdropping outside their leader’s wagon. He should turn her in, but he can’t bring himself to do that. Instead, he interrogates her. Her magic is different, but he can’t figure out quite what she is.
Any association between Romani and shifters is forbidden. Tairin should leave right now, tonight – before he discovers what she is and destroys her.
©2017 Ann Gimpel Books, LLC


Listen to a Sample
Audible

I’m a four-season gal, myself. I like cold winters, balmy springs where things are coming alive again, and long, languid falls with that crispness in the air that promises winter is just around the corner. The only season I’m not crazy about is summer. I’ve never liked heat much, so twenty years ago we moved to the mountains. The first few years were great, but the advent of climate change has brought ninety degree days to the High Sierra. I’m not terribly pleased about that, but there’s not much I can do, either. One good thing is that it always cools off at night at eight thousand feet, which is where I live.

Weather is a potent element in fiction. It can actually be a character in its own right. I’ve written some books where the weather was one of the antagonists. Quite aside from that, there’s something delightful about misty, foggy moorlands. Or rainy, blustery days. Or the rollicking southern ocean. Real people have to deal with weather, so story characters should have to as well. It makes the book seem more real, at least to me.

Writing convincingly about weather is a challenge. After all, how many ways can you describe a blizzard? It turns out, there are a whole bunch of them. What a wonderful opportunity to show the reader watery eyes, shivers, frosty whiskers, and half-frozen fingers and toes. It’s impossible to write a whole book from a “show” perspective, plus it would be exhausting to read. But there are tricks that can make a manuscript come alive to a reader’s senses. Weather is one of them. Smell is another. The world smells different after a winter rain than it does after a gentle spring shower. Writers who pay attention to their surroundings come up with the best descriptions of how their characters react to elements in their environments. Maybe it’s clichéd, but Margaret Mitchell’s description of Atlanta burning in Gone With the Wind is amazing. I could almost smell the smoke reading it as a thirteen year old long after lights-out by flashlight under the covers.

I’m not quite old enough to remember when families gathered around the radio, because TV either hadn’t been invented, or was in its infancy. I have, however, listened to some old radio programs like Mystery Theater. Radio used a lot of sound effects, many of them weather-related. There was the patter of rain, the whoosh of wind, and people huffing and puffing against a storm in progress.

How about you? What’s your favorite season and why would you pick that one? Do you have a favorite book where the weather played a significant role? 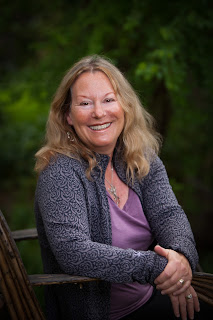 About the Author:
Ann Gimpel is a mountaineer at heart. Recently retired from a long career as a psychologist, she remembers many hours at her desk where her body may have been stuck inside four walls, but her soul was planning yet one more trip to the backcountry. Around the turn of the last century (that would be 2000, not 1900!), she managed to finagle moving to the Eastern Sierra, a mecca for those in love with the mountains. It was during long backcountry treks that Ann’s writing evolved. Unlike some who see the backcountry as an excuse to drag friends and relatives along, Ann prefers solitude. Stories always ran around in her head on those journeys, sometimes as a hedge against abject terror when challenging conditions made her fear for her life, sometimes for company. Eventually, she returned from a trip and sat down at the computer. Three months later, a five hundred page novel emerged. Oh, it wasn’t very good, but it was a beginning. And, she learned a lot between writing that novel and its sequel.
Around that time, a friend of hers suggested she try her hand at short stories. It didn’t take long before that first story found its way into print and they’ve been accepted pretty regularly since then. One of Ann’s passions has always been ecology, so her tales often have a green twist.
In addition to writing, Ann enjoys wilderness photography. She lugs pounds of camera equipment in her backpack to distant locales every year. A standing joke is that over ten percent of her pack weight is camera gear which means someone else has to carry the food! That someone is her husband. They’ve shared a life together for a very long time. Children, grandchildren and three wolf hybrids round out their family.
Find Ann At:
www.anngimpel.com
http://anngimpel.blogspot.com
http://www.amazon.com/author/anngimpel
http://www.facebook.com/anngimpel.author 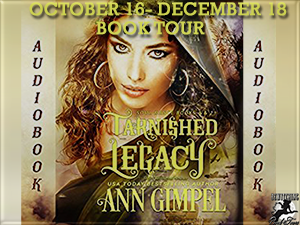