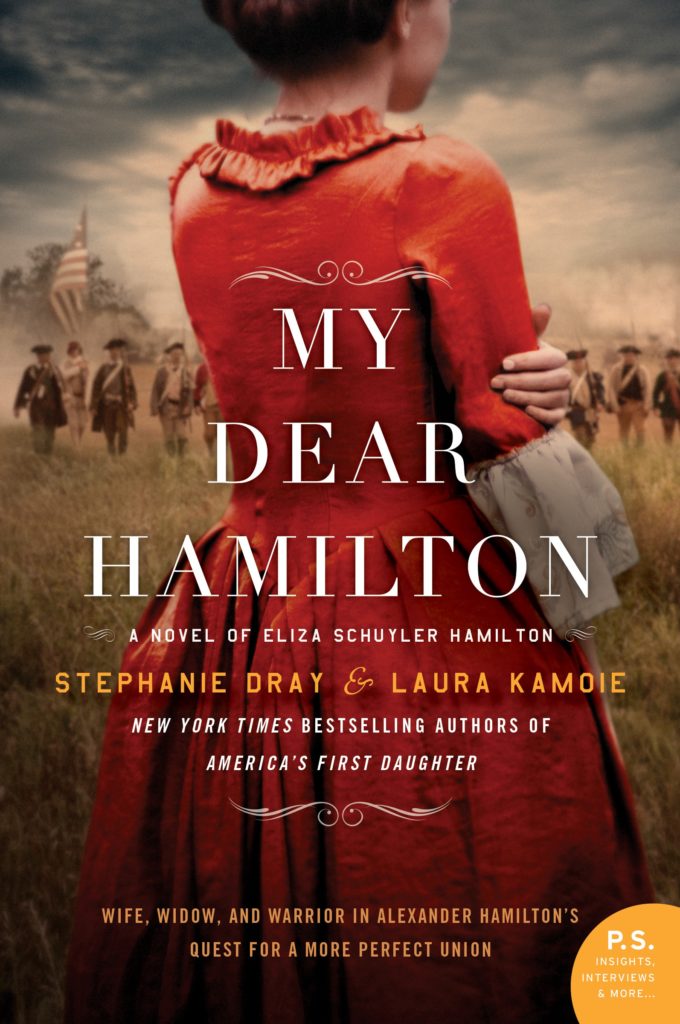 Wife, Widow, and Warrior in Alexander Hamilton’s Quest for a More Perfect Union

From the New York Times bestselling authors of America’s First Daughter comes the epic story of Eliza Schuyler Hamilton-a revolutionary woman who, like her new nation, struggled to define herself in the wake of war, betrayal, and tragedy. Haunting, moving, and beautifully written, Dray and Kamoie used thousands of letters and original sources to tell Eliza’s story as it’s never been told before-not just as the wronged wife at the center of a political sex scandal-but also as a founding mother who shaped an American legacy in her own right.

Order your copy of MY DEAR HAMILTON today!

Coming of age on the perilous frontier of revolutionary New York, Elizabeth Schuyler champions the fight for independence. And when she meets Alexander Hamilton, Washington’s penniless but passionate aide-de-camp, she’s captivated by the young officer’s charisma and brilliance. They fall in love, despite Hamilton’s bastard birth and the uncertainties of war.

But the union they create-in their marriage and the new nation-is far from perfect. From glittering inaugural balls to bloody street riots, the Hamiltons are at the center of it all-including the political treachery of America’s first sex scandal, which forces Eliza to struggle through heartbreak and betrayal to find forgiveness.

The last surviving light of the Revolution…

When a duel destroys Eliza’s hard-won peace, the grieving widow fights her husband’s enemies to preserve Alexander’s legacy. But long-buried secrets threaten everything Eliza believes about her marriage and her own legacy. Questioning her tireless devotion to the man and country that have broken her heart, she’s left with one last battle-to understand the flawed man she married and imperfect union he could never have created without her…

My Dear Hamilton follows the trend of looking at the women behind the famous men. I would not be surprised if Dray and Kamoie have plans to be the Phillippa Gregory of American history. And if anyone has the writing chops to do it, it would be these two women My Dear Hamilton is well-written and historically accurate. There are many tidbits included that are typically left out of most history books. As someone who reads a lot of historical fiction but usually bored by American history, My Dear Hamilton was a fascinating look at a period of history I thought I was done reading about back in college. The next time I need a good read, I’m sure I’ll be picking up another one of their books, like America’s First Daughter.

Add to Your Goodreads

Get a FREE Bonus Book – through April 9!

Stephanie Dray is a New York Times bestselling author of historical women’s fiction. Her award-winning work has been translated into multiple languages, illuminating women of the past so as to inspire the women of today. She is a frequent panelist and presenter at national writing conventions and lives near the nation’s capital.

Laura Kamoieis a New York Times bestselling author of historical fiction, and the author of two nonfiction books on early American history. Until recently, she held the position of Associate Professor of History at the U.S. Naval Academy before transitioning to a full-time career writing genre fiction under the name Laura Kaye, also a New York Times bestselling author of more than thirty novels.