15% PROFITS FUND BREAST CANCER FUNDING @NBCF
He steals for the French crown.She heals for the Catholic church
He will heal her heart.She will steal his.
French Privateer, Captain Drago Gamponetti is
given one final mission from his employer, the king of France:
reclaim religious relics from a New Orleans cathedral and bring them
back. Trouble begins when he’s forced by a mysterious, veiled,
novitiate nun to swear on the Bible to protect the very items he was
instructed to steal.
Worse, 60 British warships have amassed in Negril Bay, Jamaica, preparing to
attack New Orleans. He must retrieve the sacred relics before the
British arrive and seize the city.
Novitiate nun and healer, Eva Trudeau has
secrets, and hides more than her face behind the veil. The convent
has been her safe haven since she crawled, beaten and bloody, to its
door nine years ago. When an old enemy re-surfaces and threatens to
drag her back into the dark underworld from where she’d escaped,
both she and her dark pirate captain stand to lose everything they’ve
fought so hard to protect…including each other.
Either commit treason or betray the woman he secretly loves. Betraying one
sends him to the guillotine, the other straight to hell.
This series is about spirited, independent women and rakish bad boy
pirates, wrapped up in women’s action and adventure sea stories. If
you enjoy romantic action and adventure, action and action and
adventure romance fiction, historical romance or women’s fiction,
you’ll love the Pirates & Petticoats series.
Goodreads * Amazon

What authors have inspired you to write?

Kathleen Woodiwiss, hands down. My favourite historical romance of all time is “A Rose in Winter.” It’s a twist on the Beauty and the Beast tale. The longing and torment, the action and adventure and the sensual romance hooked me as a young girl, and I read every one of her books. She shaped my writing style, although my writing isn’t as flowery or dramatic…

I can’t go on a journey without a general plan and a roadmap. I start with a question, like: “What would compel a nun to kidnap a pirate?” From there, I do nothing but mull it over in my head for a couple of weeks before I write a word. Once I have a movie reel spinning in my mind, I sit down and write an outline. Next, I do a character sketch, which is really fun because I’ll use character archetypes, tarot cards,  and birthdates. From that point I rip through the first draft pretty fast.

What advice has been the most helpful to you in your career?

If you weren’t a writer, what would you be?

A grossly underpaid volleyball coach. I have been coaching for almost ten years. I did the math once and discovered that when I divided the total hours into the pay, I was making about $2.37 an hour.

Do you read reviews? How do you celebrate the good, get over the bad?

Occasionally I do read reviews. I think I have one three star and one two star review on my first book. All my books average 4.5 stars on Amazon, so I have to look at it from a business angle. Here’s the thing: I used to own a gourmet cookie company called CookieChix. We made high-end gourmet cookies with the best chocolate, nuts and sugars. We packaged them in gift boxes and tied them with ribbons and bows. Although they tasted and looked awesome, there were some people who wouldn’t buy them because they were too expensive. It worried me at first. Did I price them too high? Would I sell a ton more if I lowered the price? (yes) Could I keep up with the demand? (Probably not) So I had to conclude that those people were not my customers. Same thing goes here. My customers are the readers who enjoy the kind of books I write. Low star reviews come from people who are not my customers.

What is one subject you’d never write about as an author?

What is one career goal you’ve yet to achieve that you are striving for?

I want to write a movie script, or have one or more of my books made into a movie. I am outlining a contemporary series of romantic comedies with this goal in mind.

Do you have any scars? What are they from?

I have a TON, because I’m a klutz. The biggest one is from an experimental surgery on my knee. I tore the ligaments high jumping in a college meet. I had already broken the school record and qualified for Nationals before that jump. I was training for the Olympic trials at the time as well. It was a devastating injury, which threw me onto a completely different life path. Because of it, I chose a different career from writing. Because of it I also met my husband. It’s taken me a while, but I have finally circled back around to the career of my heart: writing. God simply had a different plan for me at the time, and I’m glad that things worked out this way.

Do you have any tattoos? Where & What?

No way. Hate needles. My friend, Michelle did talk me into getting my belly button pierced a few years back, though. I got mine pierced, held her hand while they pierced hers, paid my bill, walked outside and promptly passed out. I have a nice little scar on my forehead as a souvenir. Still have the piercing, though.

What would you like your obituary to say if you could write it?

Flags at the Chateau St Michelle winery in Washington State are flying at half-mast following the passing of Chloe Flowers. The board of directors called an emergency meeting to discuss strategies to soften the anticipated sharp drop in sales. Chloe leaves behind a tall, dark and handsome husband she lovingly called “Woody,” who was responsible for three children, who in turn provided excellent excuses for eating with her fingers, buying a trampoline and watching Disney movies. Cause of death has yet to be determined, but authorities did confirm that large amounts of chocolate pudding and whipped cream were involved. Chloe has requested six players from the Cleveland Browns be her pallbearers so that they can let her down one last time. Her last request was to have her ashes spread over her small ravaged vegetable garden in hopes that the deer choke on them. 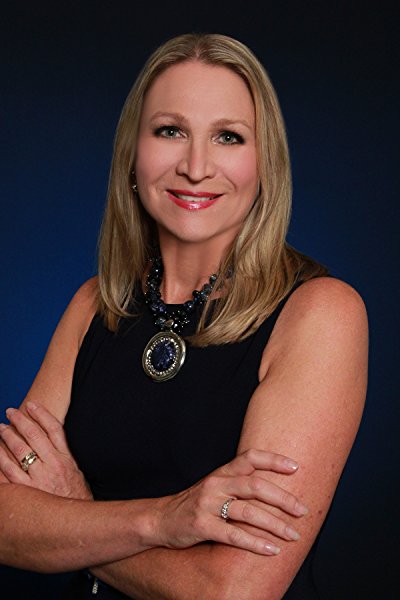 ~Award-Winning Author~ Chloe Flowers writes historical women’s action and
adventure romance novels about scoundrels, pirates, and spunky,
independent heroines. She likes to challenge her characters by
tossing them the middle of actual historical events, or with real
historical characters.
Chloe is a member of the Romance Writers of America, Northeast Ohio Romance
Writers and The Beau Monde Romance Writers group, where she serves as
secretary. In 2011, she formed the Sunshine Critique Group so that
she and other aspiring authors could motivate and challenge each
other to become better writers. Six members have been published. She
has given workshops and presentations on creating a critique group,
how to provide effective critiques, story structure, and
self-publishing lessons to writers groups, library patrons and
children. In 2014, she started her own small publishing company,
Flowers & Fullerton. Currently, she’s the publisher of record
for authors Sheridan Jeane, H.O. Knight as well as herself.
Whether it’s dancing naked in a downpour at 3AM, zip-lining in a
rainforest, or racing ponies, Chloe’s always looking for the next
adventure. Her pets have always been named after favorite characters
or action heroes: Indiana, Luke, Gimli, Thelma, Rocket, Forrest, Al
Giordino, Severus, Mushu, Mérida, Gibbs, Jack…Dead Pool (he’s a goldfish).
Chloe’s biggest fault is her apparent inability to say “no” whether it’s
in response to a call for aid or a double-dog-dare to hike home
through 30 acres of a snow-covered forest at midnight…during a full
moon. It was early morning during said adventure when she came upon a
group of sheriff’s deputies searching for a lost girl. So, of
course she offered to help. Turns out, they were searching for her.
In addition to her addiction to adrenaline, she has a weakness for good
red wine, dark chocolate and brown-eyed guys with beards, which is
probably why she digs pirates and treasure hunters and writes about
action and adventure, pirates and romance (which is the greatest adventure of all).
Website * Facebook * Twitter * Instagram
Bookbub * Pinterest * Amazon * Goodreads