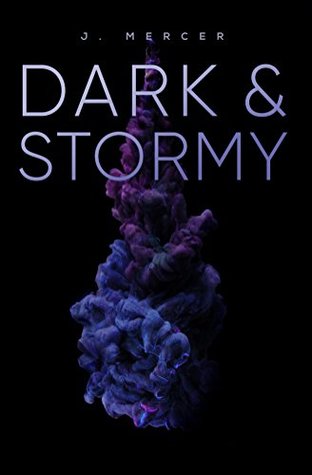 Faryn Miller wants to build a new life in a small town. It’s her last chance to figure out, of all the roles she’s played in her thirty-some years, which one truly fits. Her aim at simplicity sounds like the perfect medicine until she meets Kai Allen, who’s spent his life doing everything the hard way and never bending for anyone. Lucky for Kai, Faryn has no preconceived notions about what he’s done and who he is, unlike the rest of town.

When cryptic messages start sneaking their way into Faryn’s apartment, then blatant threats, the two of them compile a long list of who could be stalking her. Unable to keep his frustration and rage hidden any longer, Kai explodes on everyone in his path, and Faryn can’t help but wonder if the storm is closer than she thinks.

What readers are saying:

“Complex characters give way to a brilliantly written story… Incredible writing from a first time author.”

“Great small town setting with an awesome cast of characters. J Mercer masterfully takes you on a journey full of twists and reveals that are woven so skillfully into the story you’ll want to read it again and again.”

“J Mercer combines her gift for poignantly haunting characters with a plot that is intriguingly complicated.”

“I couldn’t put this book down! When I reached the last page, I sat, breathless, stunned.”

“This book had me hanging on page by page. With thought provoking character development and surprises at every turn.”

How Do Your Write Believable Characters?

Some authors start with character as inspiration—a personality they want to write about—but I start with theme, which means my characters get built up last. To be believable, they must grow from the plot and relationships, because their actions in those places need to make sense to who they are. And to be dynamic, they need to be multi-faceted—not a caricature, not a stereotype, and not cliché.

To be honest, I was most worried about the characters in Dark & Stormy, of all my manuscripts, because they needed to be mysterious enough that you’d wonder about them. I banked on Faryn’s interactions with the smaller characters (Leon and Lewis, for example), and their interactions in relationships (Andy was pretty one-note until you saw him in a relationship) to give them more depth than what they alone were able to show on page, considering they didn’t get much ‘screen’ time and needed to stay somewhat mysterious.

That being said, it’s a fun challenge for me to write a character like Savannah, who comes across a bit cliché at the start, and get the reader to change their mind about her—or at least come to see why she is who she is, to the point where her actions become more believable and understood. I think we, as humans, are pretty good at finding ways to justify our actions, and I love writing all that into a character. Even Andy, who’s the most reprehensible I’ve written, believes he’s right. He sees what he sees, and can’t get past that. Anais Nin said “We don’t see things as they are; we see them as we are.” And digging into that with characters is one of my favorite things.

Which brings me back to the question; to be believable, the reader must be able to see the character’s mindset. They must have an idea of that character’s paradigm, from which all decisions and actions come. I start with theme, plot, interactions and relationships that relate to what’s happening in the story, then pluck character personality from what fits inside all that. Once I have the personality, I work backwards to paint the character’s life and mindset in a way that such personality (and subsequent actions and reactions in the plot) makes sense. Sometimes, through the writing, a character will get their own idea in their head—once they’re fleshed out enough, it’s pretty obvious to see how they’d react to something, and it’s not always what I had planned. But that’s the key—the answer to your question—for believability, an author can’t tweak a character’s action to force the plot, they must tweak the plot in response to how their character would innately react. I can’t force their hand for my purposes, or the reader is left irritated because it doesn’t make sense. If it’s not working, then I go back to the drawing board for a different personality or a different back story.

In addition to all this, I try to tip stereotypes on their head. It’s not fun to read flat characters, and they often feel melodramatic. So if it hasn’t already happened by this point in my brainstorming, I’ll give them a trait that might come as a surprise, but still makes sense. When the reader meets Chuck in Dark & Stormy, his attire says more about him than anyone else’s getup, but slick and slimy as he seems, he’s actually quite sensitive and caring. His back story and life had to be filled in correctly for him to be the type of person who dressed that way and had those different sides to him. That’s the sweet spot I try to find.

So, final answer—listening to my characters and letting them make their own decisions, once they’re formed enough to guide themselves, is how I write them believable, and thanks for thinking so .

Happy reading, all! And thanks for having me, Leigh! 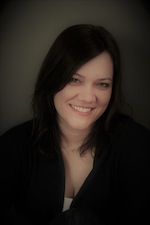 J. Mercer grew up in Wisconsin where she walked home from school with her head in a book, filled notebooks with stories in junior high, then went to college for accounting and psychology only to open a dog daycare. She wishes she were an expert linguist, is pretty much a professional with regards to competitive dance hair (bunhawk, anyone?), and enjoys exploring with her husband—though as much as she loves to travel, she’s also an accomplished hermit. Perfect days include cancelled plans, rain, and endless hours to do with what she pleases. Find her on Facebook @jmercerbooks or online at www.jmercerbooks.wordpress.com.