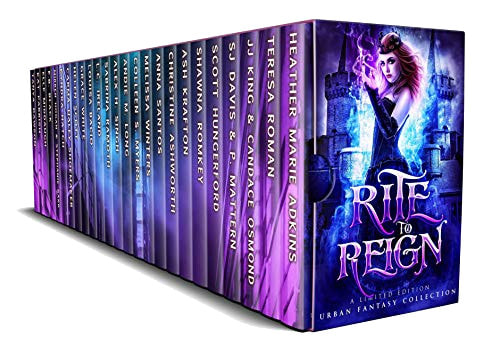 People often ask me where I get my book ideas from. The answer is it is so varied. One book idea came partially from some mining houses near where I live (MInE), another series from a joke with a friend about some candy called Camel Balls (The Ball’s series).

Last Rites was a book that had been in my mind for a long time. Originally my idea was to call it Diversion. I knew I wanted it to be about a girl coming into her magical powers and I knew a car accident was at the centre of it.

When travelling to my sister’s house, I have to drive down a winding lane, and once there had been a crash there. It’s in the middle of the countryside so if you can imagine lots of greenery and then a concrete snake in the middle of it all. It was a wintery day and the place looked other-worldly and the idea came to me. What if a crash happened but you could go back and prevent it from happening?

I wrote about a thousand words of it and then other character’s voices shouted louder and the book was put to one side.

That was around three years ago…

Since that time two other things happened. One was a Taylor Swift song called Wildest Dreams. In it are the words.

“Say you’ll remember me, standing in a nice dress, staring at the sunset.”

The song brought to mind my witch, standing at the side of the crashed car, looking at someone, before she jumped from the hill and disappeared, a flowing gown billowing around her.

Again this all stayed in my head.

Next, in a pre-made group I am in, a lady called JC Clarke posted a pre-made. Of a woman lying on the ground wearing a blue gown. I just knew, this was the cover for that book. I claimed it for my own.

A box set call came out for a set called Rite to Reign. Stories of royal witches. I looked at the description and realised it was the exact fit for the story that had been in my head for all that time, and I wrote it. The sense of achievement of that book finally being written feels amazing. I’d like to say it’s made some space in that mind of mine, but I’m a writer, and there’s always more in there than I know what to do with.

So pre-order RITE TO REIGN today. I hope you enjoy my story.