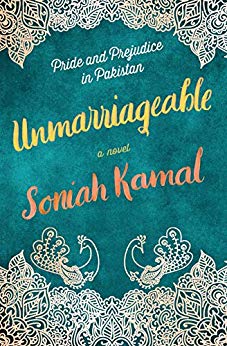 It is a truth universally acknowledged that there are universal truths, and this is made plain in Unmarriageable by Soniah Kamal, a Pride and Prejudice retelling set in Pakistan in the early 2000s.

While it might seem surprising at first that a book set in England and written over 200 years ago could be adapted for modern-day Pakistan, it makes sense when you consider why Pride and Prejudice still popular at all.

The patriarchy is going to , no matter the year or the country. Any time and place that has a patriarchal culture going to find similarities in Pride and Prejudice. It’s why TV shows like Downton Abbey are so popular, it deals with the exact same themes in a slightly altered setting.

The book itself even makes this point when Alys (the Elizabeth Bennet character) says, “But reading widely can lead to an appreciation of the universalities across cultures.” Alys further drives this point home when she says, “O’Connor, Austen, Alcott, Wharton. Characters’ emotions and situations are universally applicable across cultures, whether you’re wearing an empire dress, shalwar kurta, or kimono.”

Unmarriageable, though, does not just take the themes of Pride and Prejudice and write a book set in modern Pakistan, but she even follows a similar tone and style of writing, which really makes the book readable for anyone who ever enjoyed Pride and Prejudice.

Have you read Unmarriageable? Let me know your thoughts in the comments.