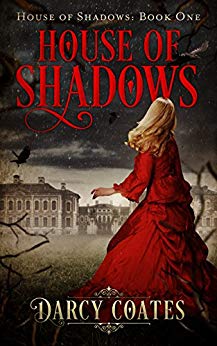 Sophie’s world is shattered when disaster bankrupts her family. She’s still reeling from the news when she’s offered an unexpected solution: Mr Argenton, a wealthy stranger, asks for her hand in marriage.

Marrying Mr Argenton will restore her family’s fortunes and save them from scandal, but condemns Sophie to a life in Northwood, a vast and unnaturally dark mansion situated hours from civilisation.

Sophie struggles to adjust to her new position as mistress over the desolate house. Mr Argenton’s relatives are cold, and Mr Argenton himself is keeping secrets. Even worse, the house is more than it seems.

The piano plays in the middle of the night. Blood drips from the ceiling. Sophie is pulled towards the terrifying truth: Northwood’s ancient halls are haunted. The malevolent spirits—produced by grisly deaths—resent her intrusion into their home.

Trapped in Northwood and desperate for an escape, Sophie’s fate is further complicated as she finds herself drawn to the tall, dark-eyed man she married. She suspects her feelings are returned, but Mr Argenton is hiding something… and his secrets are so dangerous that they might just be unforgivable.

I thoroughly enjoyed this book. It’s not perfect. I found the “romance” rushed and implausible – there was almost no development to it. But the gothic aspects of the story were very well-written. It’s a great example of the gothic tradition and I can see why Coates is a pretty well-known name among gothic fans. I immediately bought the second book in the series and hopefullly I will find time to read it soon.