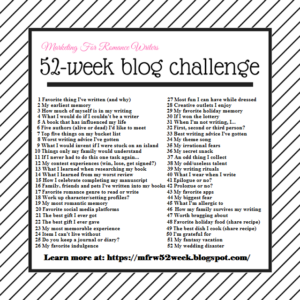 This week’s writing prompt is, My Favorite Indulgence. My favorite thing in the world is a butter yellow cupcake with milk chocolate frosting. My mouth waters just thinking about them.  I rarely make them because I will eat them all. And, honestly, you don’t need a fancy recipe. Just a box of Betty Crocker Butter Read More

This week’s writing prompt is, Do you keep a journal or diary? Nope. I have tried many, many times throughout my life. I’ve been writing since elementary school, but I was never able to keep a daily diary. I guess I just never found my daily life interesting enough to do so. I know there are Read More

Today, I’m very excited to be interviewing Gothic author London Clarke. You can read my review of her debut novel Wildfell here. About the Book After a traumatic experience with her graduate school professor, Anne Fleming disposes of all her possessions, boards a plane, and plans to check out of life. But a chance meeting Read More 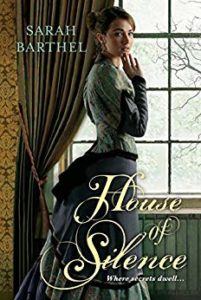 About the Book Oak Park, Illinois, 1875. Isabelle Larkin’s future—like that of every young woman—hinges upon her choice of husband. She delights her mother by becoming engaged to Gregory Gallagher, who is charismatic, politically ambitious, and publicly devoted. But Isabelle’s visions of a happy, profitable match come to a halt when she witnesses her fiancé commit Read More